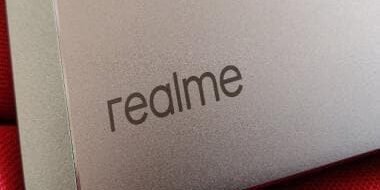 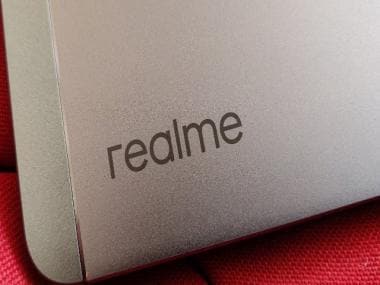 Realme Pad was a good debut tablet from the company offering a large high-res display, decent processing power and an elegant design. The Mini variant of the same that we have for review today is expectedly more compact and strives to be more affordable while retaining certain key attributes. Does it succeed or ends up cutting a corner too many to get there? Let’s figure it out.

Realme Pad Mini: Design
Despite being more affordable, the Mini looks as elegant as the Realme Pad. Though you don’t get the Champagne Gold back on the Realme Pad Mini, the metallic grey aluminium unibody does look good. It is comparatively thicker, but 7.6 mm is slim enough for a tablet. It is a good 68 grams lighter and weighs 372 grams. The weight distribution is fairly even and it feels good in hand. The bezels aren’t any slimmer since last time but I can let them slide on a budget tablet.

The front camera placement is different here, rather more normal now, I would say. The front camera is back where it belongs in most tablets – at the top of the screen when held in portrait mode. But the speakers are placed on the left and right of the screen when in landscape mode. That makes sense because one would be holding the tablet that way when watching videos.

The number of speakers has dropped to two from four, and they aren’t Dolby Atmos certified either, which I wouldn’t term a deal breaker. You do get Dirac sound instead and the speakers deliver a loud stereo output. You get a power button, volume rocker, SIM/microSD card tray, USB-C port and a microphone along the edges of this tablet.

Realme Pad Mini: Display
The Realme Pad Mini has an 8-bit 8.7-inch LCD display with a resolution of 1340 x 800 pixels. The peak brightness figures aren’t mentioned and nor is there any information about the type of panel used or the presence of any scratch resistant glass or oleophobic coating to protect the display from scratches and smudges. While it remained scratch-free during our testing, we had to keep wiping the screen periodically to get rid of the fingerprints and smudge marks.

The display has good viewing angles but the screen is extremely reflective and you may have a tough time keeping the glare at bay outdoors. It is sufficiently bright indoors, but one may need to push the brightness close to maximum under the sun. Though smaller than the Realme Pad, the screen size doesn’t feel inadequate, but the sharpness does. Realme shouldn’t have dropped the resolution that low, and preferably stuck to Full HD. While the contrast and colour reproduction are fine, the display feels dull at times. You can spot jagged edges in text and videos feel a tad soft.

Realme Pad Mini: Specifications and key features
Realme Pad Mini is a bit light on processing muscle as compared to the Realme Pad. The Mediatek Helio G80 SoC has been replaced with a Unisoc T616 chip on the Pad Mini, which is fine for basic tasks but not for heavy load. You get a choice between 3 GB RAM/ 32 GB internal storage or 4GB RAM/ 64GB storage. You can add up to 1 TB storage with a MicroSD card; always handy on a tablet. Both variants have WiFi-only and WiFi + LTE options. Along with a memory card slot, the LTE variant also has a 4G SIM slot for calling and data connectivity.

Bluetooth 5.0 and dual-band WiFi with support for 2.4 GHz and 5 GHz bands round off the wireless connectivity options. The Realme Pad Mini has two cameras, one each at the front and back.  There’s an 8MP camera at the back of the tablet and a 5MP module upfront. The front camera’s field of vision (FOV) has been narrowed down from 105 degrees to 77 degrees. While you may not be able to click wide-angle selfies, it doesn’t really impact video calls.

Realme Pad Mini: Software and UI
You get Android 11 with Realme UI for Pad on this tablet. The user interface is the same as you get on Realme Pad, and again, nothing like Realme UI for phones and a lot like stock Android. The UI is clean, fluid and pretty much free of bloatware, which is a good thing. Most of the preinstalled apps are Google services along with some for children like Kids Space and YT Kids. During setup it asks if the tablet is meant to be used by children primarily, and configures it accordingly.

This was the case with the Realme Pad too; things don’t seem to have changed. The interface still feels like a phone UI ported to a tablet without any optimisation. In fact, even the software thinks of the tablet as a phone, and refers to it as a phone too in certain configuration messages. Unless the brand is still testing waters in this category, it is time to get a move on in this department.

Realme Pad Mini: Performance
The Unisoc T616 chip combined with 4 GB RAM are adept at handling tasks like browsing, reading, listening to music, video playback and video calls. However, it starts to stutter a bit if you open too many apps at the same time. Some casual games are perfectly playable on the Realme Pad Mini but the Mali-G57 GPU cannot handle graphics intensive games like PUBG or Asphalt 9. Don’t get carried away by the following visual that appears on its product page.

Just like its predecessor and most budget tablets, the Realme Pad Mini is not meant for content creation and ideally suited for content consumption. Browsing the internet or reading e-books fall right in its comfort zone. You also get multiple viewing modes for better eye comfort. For instance, Reading mode tries to simulate the texture of a book’s pages (like a Kindle but not as good). Night mode can drop the screen brightness all the way down to 2 nits when reading in a dark room.

The front camera handles video calls quite well despite the narrower FOV. Again, like in the case of the Realme Pad, the rear camera here is not for photography enthusiasts but for basic use. If colour accuracy and details in images matter to you, stick to your phone camera. You can use a nano SIM with the LTE variants of the Realme Pad Mini and make voice calls. You have a choice between the tablet’s microphone and speakers or a dedicated Bluetooth headset for privacy and superior sound quality.

Moving on to watching content on OTT apps, while the videos run smoothly, the lower resolution display makes them look a little soft. They don’t look as crisp as they do on the Realme Pad with a much higher resolution. That is why a Full HD display would have been ideal here; a corner one shouldn’t cut on tablets. The built-in pair of speakers is fairly loud and lends a good stereo effect. You can also cast content from supported apps to larger screens running Android TV or Google TV OS.

Realme Pad Mini: Battery life
The Realme Pad Mini has a 6400 mAh battery, which is not a bad number for an 8.7-inch tablet that’s fairly slim. It keeps it running for anything between two to three days of moderate use with about 5 hours of streaming content on OTT platforms, 3 to 4 hours of reading and browsing the internet and about half an hour of video calls. This is a pretty robust battery backup.

For the record, it supports 18W fast charging and the accompanying charger takes close to three hours to charge it fully; not very fast that in comparison to phones these days. The tablet supports reverse charging and can be used as a powerbank to charge other devices.

Realme Pad Mini: Price and verdict
You can buy the Realme Pad Mini from Rs 10,999 with a one-year warranty for the WiFi-only variant with 3 GB RAM and 32 GB storage. The top variant with WiFi + LTE, 4 GB RAM and 64 GB storage will set you back by Rs 14,999. The 3 GB RAM/ 32 GB storage WiFi + LTE variant as well as the 4 GB/ 64 GB WiFi-only variant are priced at Rs 12,999 each. Though this tablet won’t wow you with its performance, the price is not bad for what it offers.

You pretty much get what you pay for – a good-looking yet affordable Android tablet for listening to music, streaming videos, reading, browsing, video calling and a bit of casual gaming. The user interface, though not optimised for a tablet, is perfectly usable and free of bloatware, and the battery backup is pretty good too. If that ticks most of your boxes, the Realme Pad Mini is a decent buy.