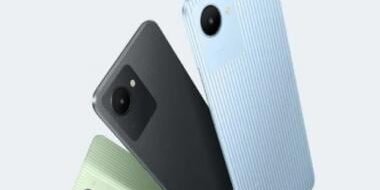 The latest offering from Realme features a powerful processor, a decent single rear camera and a phenomenal battery. Realme is also counting on the device’s design to win customers over in the extremely competitive segment that the Realme C30 is a part of.

Realme C30: Specifications and features
The Realme C30 is being positioned as one of the slimmest phones in the price segment and comes with w stripey design. The device apparently weighs just 182 grams and is about 8.5mm thick. The Realme C30 comes with a 6.5-inch display HD+ IPS LCD display, which has a waterdrop notch design that also houses the 5MP selfie camera.

At the back, we see a single, 8MP camera sensor which has been paired with a 27mm wide f/2,0 lens and an LED flash. Powering the device is a 12nm Unisoc Tiger T612 chipset has been paired with up to 3GB RAM and 32GB UFS2.2 storage. The storage can be expanded using a microSDXC card.

The smartphone comes with a 5,000 mAh battery, but it does not support fast charging, mainly due to the fact that instead of a USB-C port, users are stuck with a traditional, MicroUSB 2.0 port.

The company claims that the device is capable of surviving 45 days in standby mode. Furthermore, Relame C30 has also claimed to score 176,963 on the AnTuTu benchmark.

The device will be available starting the 27th of June and can be purchased from Realme’s website, Flipkart, and a bunch of authorised partners. As of now, there are no details about Realme offering any sort of discounts or launch offers with the C30.