Poco X4 GT to be launched globally by end of June, here’s what we know so far 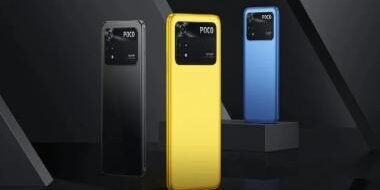 The post Poco X4 GT to be launched globally by end of June, here’s what we know so far appeared first on Newsbundleonline.com.

Poco India is all set to launch the Poco F4 5G smartphone by the end of June. The Poco F4 India launch will mark the device’s global debut.

On the same day, along with the F4 5G, Poco will also launch the X4 GT at the global launch event, through a virtual event that will be held on the company’s official social media channels. The X4 GT will be the company’s second X-series handset with the GT moniker.

The new Poco X4 GT will be launched globally on June 23 at 8 pm GMT (5:30 pm IST) through an online event streamed live via the company’s YouTube, Twitter, and Facebook channels. Poco will announce the Poco F4 5G alongside the Poco X4 GT.

The former is also confirmed to arrive in the Indian market simultaneously. However, the price, India launch details, and specifications of the upcoming Poco X4 GT are not known at this moment.

The Poco X4 GT appears to be the global variant of the Redmi Note 11T Pro that was released in China in May with a starting price of CNY 1,799 or roughly Rs. 20,900. If it indeed is a rebadged Redmi 11T Pro, the Poco X4 GT and Redmi Note 11T Pro will have identical specifications, will have the same specifications, albeit with a few minor tweaks to make them compliant in India.

Powering the device is an octa-core MediaTek Dimensity 8100 processor and a Mali G610 GPU. It comes paired with up to 8GB LPDDR5 RAM and up to 256GB UFS3.1 storage.

The Poco X4 GT is said to be launched either as the Redmi K50i or the Redmi 11T Pro in the Indian market. The Indian variant of the smartphone has already cleared BIS certification.

The post Poco X4 GT to be launched globally by end of June, here’s what we know so far appeared first on Newsbundleonline.com.