iQOO 10 Pro rumoured to come with a 200W fast charging system, to be the fastest charging phone ever 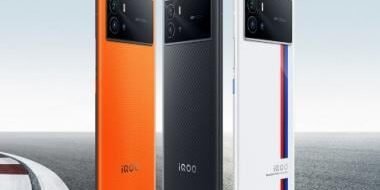 The post iQOO 10 Pro rumoured to come with a 200W fast charging system, to be the fastest charging phone ever appeared first on Newsbundleonline.com. iQOO is constantly pushing the envelope with its smartphone charging systems. The Vivo subsidiary is rumoured to be working on a next-gen phone that is capable of fully charging a completely drained out battery from 0-100 per cent, in just 12 minutes. According to a leak iQOO’s upcoming flagship smartphone, iQOO 10 Pro is allegedly debuting with an excellent charging capability.

The iQOO 10 Pro will allegedly sport a 200W fast charging system. If this claim is true, it would mean that iQOO would have the fastest charging smartphone in the world in their lineup.

It is extremely hard to imagine that a modern smartphone battery, which is typically over 4500mAh can be charged up to 100 per cent in just a few minutes. The charging technology is limitless at the moment, yet there’s no known model to have a 200W fast charging feature.

The newly developed fast charging technology only takes five minutes to charge a smartphone battery from 50per cent to the full 100 per cent. The rumour also suggests that the product will also arrive with a fast-charging adaptor that would allow that sort of bandwidth.

With that being said, the Chinese phone brand will bring 50V and 5A solutions to iQOO 10 Pro’s charging adapter. This feature will help in increasing the charging efficiency of the handheld. Theoretically, it should also solve any potential overheating issues during the charging process.

Moreover, the company might only use a charger based on gallium nitride to maintain its small adapter size.

iQOO 10 Pro Specifications
The iQOO 10 Pro is expected to be equipped with the Qualcomm Snapdragon 8+ Gen 1 SoC. As for its storage, it will be shipped with 12GB RAM, paired with 256GB storage at the very least.

The device is slated to have an AMOLED 2K LTPO-based display. It will also support a refresh rate of its 120Hz. Additionally, the iQOO 10 Pro will feature a similar camera setup just like its predecessor. The flagship handset will allegedly have a 50MP primary sensor.

As for its pricing, there is no information out there yet, but expect it to be a very expensive flagship, most of which will be a premium on the 200W charging feature. It will also support 65W wireless charging.

In all likelihood, it would be priced at around Rs 70,000 Indian Rupees or roughly $900, or perhaps more.

The post iQOO 10 Pro rumoured to come with a 200W fast charging system, to be the fastest charging phone ever appeared first on Newsbundleonline.com.