The post Carl Pei reveals Nothing Phone (1) and its industrial design weeks before the official launch appeared first on Newsbundleonline.com. 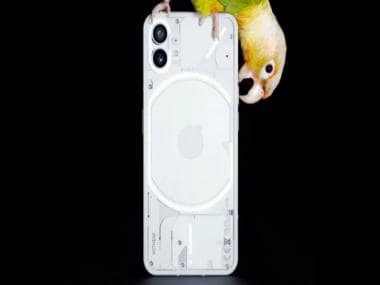 Following months of speculations and digital renders, Nothing Company has finally revealed the industrial design of the upcoming Nothing Phone (1). The founder of the company, Carl Pei, who was also one of the founders of OnePlus, took to Instagram and other social media platforms and posted a photograph that showcased the back of their upcoming design.

The Nothing Phone (1) will come with a transparent back that will showcase all the internals of the phone. However, to give the Phone (1) a super clean look, Nothing Company has decided to colour most of the modules in white. Users can also see the wireless charging coil underneath the transparent surface.

The picture shows what indeed seems to be a transparent back, along with a dual rear camera system, a wireless charging coil, and the Nothing logo in the middle. It’s unclear if the logo doubles as a magnet for wireless chargers and other accessories, akin to Apple’s MagSafe tech. We can also see flat edges, a power button (presumably doubling as a fingerprint scanner), and a pair of volume keys.

Nothing has mastered how to make industrial designs look clean and appealing, which, when you think about it, isn’t that easy. Tech experts, as well as product designers, were impressed with how Nothing had managed to hide away all the soldering points and glue that was used to make the Nothing Ear (1).

From the photographs, the speculations around the Nothing Phone (1)’s camera module have become somewhat clear. It will be a dual camera setup, with one normal lens, and perhaps one telephoto lens. There also seems to be a LiDAR sensor in the camera module. However, there has been no chatter around it, ever, so it is very likely some other sensor.

As for the other specifications, the Nothing Phone (1) is rumoured to have a 6.43-inch FHD+ display, with support for a 90Hz refresh rate and HDR10+. It will be running on a Qualcomm Snapdragon 7 Gen 1 SoC, which will be powered by a 4500 mAh battery with 80-120W charging, as well as an undisclosed standard for wireless charging.

The Nothing Phone (1) will be available exclusively on Flipkart in India, and can be booked now for Rs 2,000.

The post Carl Pei reveals Nothing Phone (1) and its industrial design weeks before the official launch appeared first on Newsbundleonline.com.