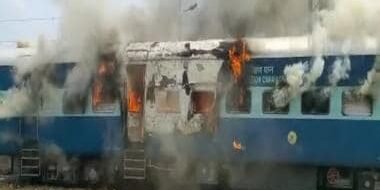 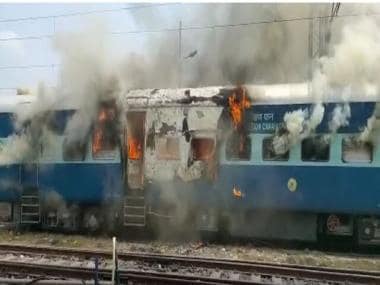 Train services have been temporarily suspended in Bihar as violence over the Agnipath scheme continued for the fourth day.

According to NDTV, train services were stopped in Bihar till 8 pm on 18 June. They will again be suspended from 4 am to 8 pm on 19 June.

Bihar has seen one of the most violent incidents in the ongoing unrest which has gripped multiple states across the country.

Here’s a look at the situation in places where the protest by armed forces aspirants are taking place:

A railway station and several police vehicles were torched by mobs.

Properties worth Rs 200 crore have been damaged and 50 coaches torched, a senior railway official told ANI.

Patna, Bihar | Several vehicles were set ablaze at GRP Taregana by agitators who were protesting against #AgnipathRecruitmentScheme, earlier today pic.twitter.com/aKoI8q5g5m

Over 620 people have been arrested in Bihar in the past three days and nearly 130 FIRs have been registered.

Earlier, internet services were suspended in 12 districts of Bihar.

The role of coaching centres is also being probed in connection with the unrest.

An official in Patna told ANI that the involvement of coaching centres was found during the questioning of those arrested.

“We are on complete alert. The people are being identified through video footage. We have found out about the role of 7-8 coaching centres through WhatsApp messages from those arrested. These messages were of provocative nature,” ANI quoted the District Magistrate of Patna Chandrashekhar Singh as saying.

Andhra Pradesh Police on Saturday detained a man named Subba Rao who ran army training centers in Palnadu district on the suspicion that he is the main conspirator in Thursday’s arson at the Secunderabad Railway Station in Telangana.

He will be handed over to the Railway Police.

One person was killed as security personnel opened fire to disperse the crowd at the Secunderabad station.