Apple’s AR glasses will be launched in 2024, along with a second-gen VR headset 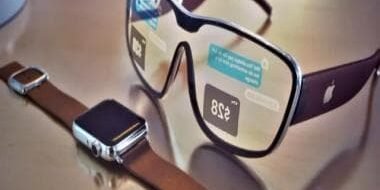 The post Apple’s AR glasses will be launched in 2024, along with a second-gen VR headset appeared first on Newsbundleonline.com. 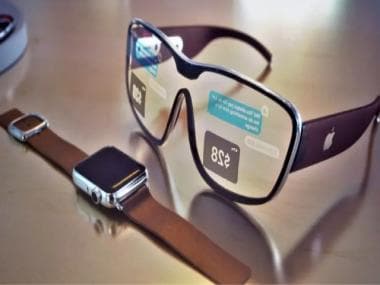 There is a lot of chatter going around Apple’s rumoured mixed reality headset, which is expected to combine both AR and VR technologies into a single device. However, at the same time, the company has also been working on a separate new pair of AR glasses. According to Haitong International Tech Research analyst Jeff Pu, Apple’s AR glasses will be announced in late 2024.

The analyst claims that Luxshare Precision, a Chinese electronic component manufacturing company, will continue to be one of Apple’s main suppliers for devices to come between 2022 and 2024, starting with the iPhone 14. The analyst also believes that Apple plans to introduce new AR glasses in the second half of 2024.

At this point, details about Apple’s AR glasses are unknown. What we do know so far is that, unlike Apple’s AR/VR headset, the new AR glasses will be highly dependent on the iPhone, mainly because of its design limitations. Analyst Ming-Chi Kuo said in 2019 that the rumoured “Apple Glasses” will act more like a secondary display for the iPhone, similar to the first generation Apple Watch, and will have very few independent functionalities.

The mixed reality headset from Apple, on the other hand, will have a more robust design to accommodate its powerful hardware, which will be capable of processing AR and VR content and putting them out in high resolution all by itself and independent of other Apple devices.

Interestingly, while most rumours are still focused on the first generation of Apple’s AR/VR headset, Pu mentioned in his report that the company is already planning the second generation of its headset to be introduced in late 2024 alongside the new AR glasses. And unsurprisingly, the analyst still believes that Apple’s new headset will be introduced in early 2023.

Apple has been betting on AR/VR for quite some time. Unfortunately, Apple will probably not be showcasing their VR/AR headset anytime soon, mainly because Apple hasn’t been able to work out some of the kinks as of yet, and isn’t ready for a demonstration. What Apple will be doing, is unveiling a bunch of developer tools, and probably the realityOS, the operating system for the VR/AR headset.

The post Apple’s AR glasses will be launched in 2024, along with a second-gen VR headset appeared first on Newsbundleonline.com.