Hyundai drives in new version of Venue; check out price and other details The post Hyundai drives in new version of Venue; check out price and other details appeared first on Newsbundleonline.com. 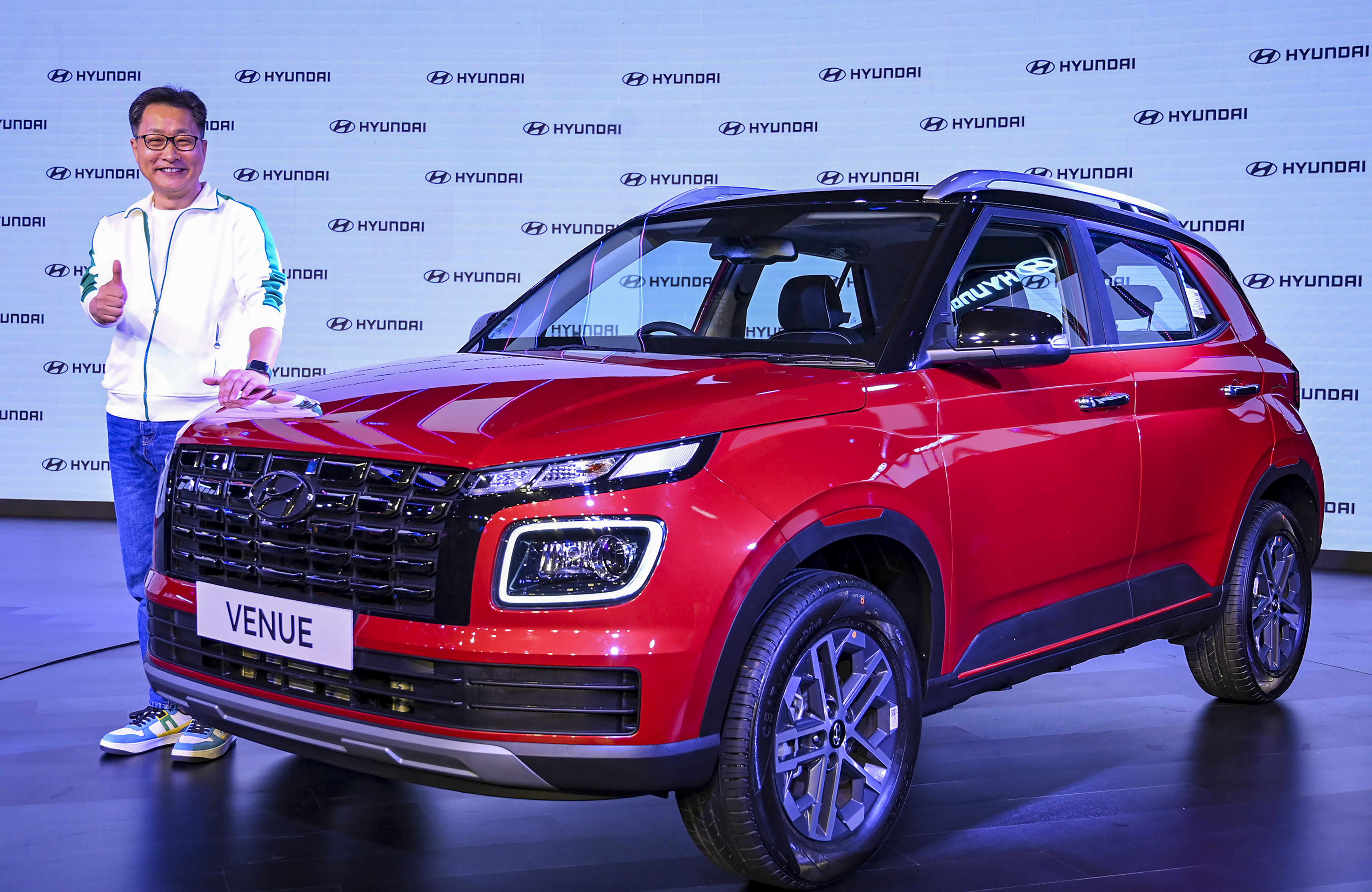 The model, which competes with the likes of Maruti Suzuki Brezza, Tata Motors Nexon, Kia Sonet among others, comes with three powertrain options.

The 1.2-litre petrol trim prices start from Rs 7.53 lakh, while the prices of 1-litre turbo petrol begins from Rs 9.99 lakh.

“The new Venue has been developed to personify the aspirations of our beloved customers. With a keen focus on design, technology, functionality and space, the model is here to elevate customer experiences,” HMIL MD amp; CEO Unsoo Kim said at the launch event.

The new Venue will build further on the legacy of the brand and thrill customers with its bold and dynamic persona, while enabling the next level of comfort, connectivity and convenience, Kim stated.

The new Venue comes with 11 firsts in segment features and over 40 changes in terms of design and other enrichments from the outgoing version.

It also comes with over 60 connected features now enabling customers to control vehicle functions right from their homes, Hyundai stated.

Customers can control multiple functions while also being able to check vehicle status through Home-to-Car (H2C) with Alexa and Google Voice Assistant, it added. With H2C, customers will be able to control functions such as remote climate control, remote door lock/ unlock, remote vehicle status, among others.

In an interaction with PTI, HMIL Director (Sales, Marketing, Service) Tarun Garg said the Venue has been a very strong product in the company’s overall product range with 19 per cent contribution to overall sales.

“Venue had a very strong demand and customer acceptance. But in Hyundai we believe that even when the demand is strong, it is our responsibility to ensure that the latest technology and design are brought out and that is something which drives us. We do not wait for the demand to come down to introduce a new version. Indian customers demand the latest, deserve the latest and that is what we are set out to do,” Garg said.

He said the company has received over 15,000 bookings already for the new Venue, besides 25,000 pending orders of the outgoing version.

“It is a very strong brand and at the same time we believe that the compact SUV segment is really big and we continue to really raise the bar, the benchmark. We are sure the response from customers would be even better.”

When asked if HMIL has set some sales targets for the model, Garg said: “We have never cared about numbers or market share. We have always believed that if there is an opportunity and if we have the technology , we should really fill that gap and then the results would automatically follow. We have seen that happen for the last 26 years and don’t have a reason to believe that it would not continue like that.”

He said the company is offering the new trim to the customers who have already booked the outgoing model earlier.

“We are giving first priority to customers who are already in the waiting list for the earlier model.” Hyundai said based on the customer feedback, the company has brought in many changes in the new Venue. The company has tweaked design elements in the back seat to increase the knee room, legroom and thigh support.

Elaborating on the market trends, he stated that SUVs were gaining market share while hatchbacks were losing steam in the domestic market.

Last year, SUVs were 38 per cent of the passenger vehicle segment while hatchbacks were at 40 per cent level, Garg said.

“In January to May this year, SUVs are already 41 per cent and hatchback segment is less than 35 per cent, so SUVs have not only overtaken small cars, the margin is also widening now big-time,” he noted.

In the SUV segment, the compact SUV segment is now accounting for more than 50 per cent, Garg said.

“It is a very important statistic because what it means is that probably the first time buyers are now moving away from hatches to compact SUVs,” he said.

The share of compact SUVs in the overall passenger vehicle industry now stands at a very healthy 21.3 per cent, Garg said.

Besides, in the last 3-4 years, customers are looking at cars as more than a mode of transport, going from one point to another.

“Few years ago, the Rs 10 lakh price tag used to be a very important barrier in India..everyone used to categorise the industry as below or above Rs 10 lakh..in 2018 only 16 per cent cars sold in the country were over Rs 10 lakh. This number in 2022 has already reached 37 per cent. This is the big shift that has happened,” he said.

“So, 41 per cent of our cars sold now are above Rs 10 lakh. It clearly shows that the customer is going in for more feature rich cars,” Garg said.

On chip shortage, he said the company’s procurement and production teams were doing their best to counter the shortage.

“Besides, we have very strong support from the parent company..and we are hoping that things should improve going forward..,” Garg said.

The post Hyundai drives in new version of Venue; check out price and other details appeared first on Newsbundleonline.com.